On the 11th hour of the 11th day of the 11th month, the guns finally fell silent across the Western Front. The Armistice of 1918 signalled the end of a conflict that changed the world and claimed the lives of nine million combatants, including 66,655 Canadians. A century later, we honour the memory of all […] 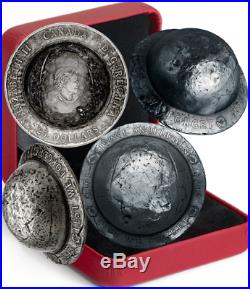